Haha..today had a great workout. It has been a while.
I have been contemplating on signing up and walla...I'm aboard!

I know myself as i dont have the motivation to do it myself and now i need to push and force myself to do it.heh heh..
This is also considered as one of those im doing to occupy myself though out my 'free' time, yeah, apart from travelling.

So here i am. Hoping and praying hard it would turn out great and do good to my ownself.
Posted by I AM at 7:38 PM No comments:

Im trying to make myself occupied for now by...
Travelling (as one of it)

Outcomes (pros & cons - not in any order):
1. Left me broke
2. Need to plan over my expenditures for now
3. Having fun!
4. Exploring and seeing new things
5. Enhancing my planning skills
6. Time awareness
Posted by I AM at 2:21 PM No comments:

The King of Pop

His legacy won't die.
His songs rocks big time.
His moonwalk will always be the thang.
No matter you're black or white.

What an experience tonight!
Thanks guysssss~!!!!!

We did it from one to the other.hehe..just a get together i must say. Will miss you all for next semester!

Life is full of surprises! Expect the unexpected.
Posted by I AM at 12:00 AM No comments:

Happy for a Friend

I can't think of anything else to blab about. The only thing in my mind now is that I am soooo absolutely happy with my Penang-ite friend!!

I had to call her to confirm the matter.
Oooohhhh yaaaaaaaayyyyyy~!!!
Posted by I AM at 8:39 PM 2 comments:

I'm flying skyyyy high with rainbows and balloons and its raining lollipops on my side of the earth.

So now I've got to find something to do to get myself occupied.
Posted by I AM at 9:51 PM 2 comments:

There's so much in mind I've been wanting to do...

The semester is almost over....I can't wait for the feeling of not having to think just anything of workloads and exams.....
But then i'll have the anticipation of having to discover my results.

Anticipation of a good and a not-so anticipated thing.
Posted by I AM at 11:38 PM No comments:

Exams are the 'best' thing that could happen in my life.

Wish me all the luck for tomorrow~!!!

Its my exam week. I need to concentrate but I haven't been.

That's me after not having exams for sooooooo long. In fact, its the first time for me since I started to study again.
Posted by I AM at 9:54 PM No comments:

I did a quiz on facebook on Who is your Twilight guy?
It was Jacob Black.
haha....*nice
And so I decided to find out more on wiki~
Jacob Black is a fictional character in the Twilight series by Stephenie Meyer. He is described as a Native American of the Quileute tribe in La Push, near Forks, Washington. In the second book of the series, he undergoes a transformation that allows him to change into a wolf. In the films Twilight and New Moon, Jacob is played by Taylor Lautner.
He had a small role in Twilight but made it big in New Moon. Saved Bella's life from Laurent (the vampire) and again when she tried to kill herself by jumping off the cliff - depressed of Edwards's leaving. Their friendship became strong since then.
Physical Appearance
Jacob has russet skin, black hair and dark eyes. In Twilight, he is described as a lanky 6'2" fifteen-year-old with a long black ponytail. By Eclipse, Jacob stands at 6'7" and has a toned and muscular build. In New Moon, after discovering that he is a werewolf, he cuts off his long hair. He later grows it out in Eclipse because he thinks Bella prefers it long. This makes his fur as a wolf shaggier and longer than that of his brothers. He is said to be quite handsome, once being described by Bella as beautiful. He tends to wear only cut-off style jeans or shorts, since clothes are often ruined during his transformations into a wolf. As a wolf, Jacob's fur is a russet color, like his skin.
Personal Characteristics
Bella describes Jacob as a "happy person" who extends this happiness to the people around him. As Jacob's character emerges in New Moon, he is shown to be cheery, passionate, adventurous, but quick in temper. Jacob is also able to phase at will into a giant wolf. His body temperature is warmer than a human's, reaching about 108.9 °F (42.7 °C), which allows him to withstand very cold weather. His body also heals quickly, he can communicate with his werewolf pack telepathically when in wolf form, and he is physically stronger and faster. Werewolves do not age if they regularly turn into their wolf form, with Jacob's body physically grown to the equivalent of a 25-year-old. Once they begin phasing, a werewolf may "imprint"—a method of finding one's soul-mate—on someone, and will act as a close family member if the imprintee is not yet old enough to be their lover. Jacob imprints on Edward and Bella's daughter Renesmee in Breaking Dawn, and acts as an older brother figure to her. 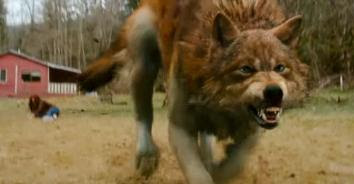 Jacob as a warewolf - saving Bella from Laurent

Hadn't been able to update yesterday as I had gone shopping.heh heh..
Posted by I AM at 9:31 AM 1 comment:

Of Hogwarts and Burberry 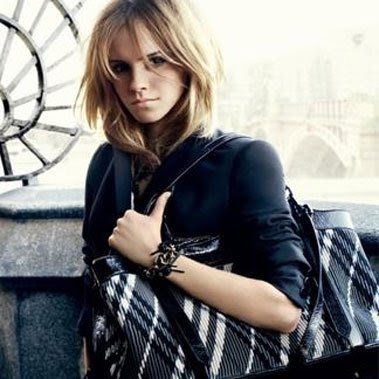 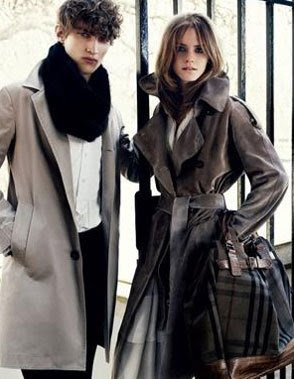 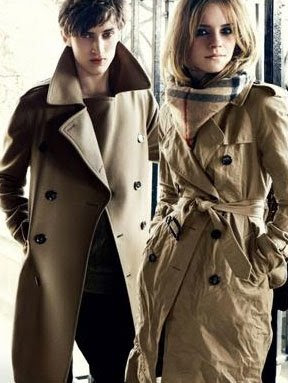 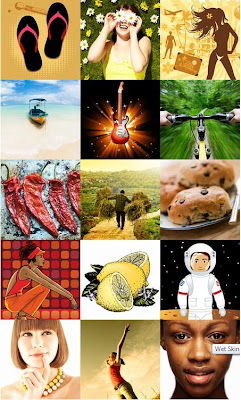 I sometimes can't understand the mentality of some people could be sooo low in mentality.

You're staying in a foreign country.Don't you learn anything?Plsssssss...!!
What is actually bothering you? Everytime you publish something, its definitely gonna have your swearing and cursing words. People are trying to give some advice here..and is that how you response??
At least don't even bother to say anything if there's so much hatred in you.
You're talking as if you're so well off and that others are wrong.
At least give some beneficial criticism if you're that unsatisfied, or better of, be quiet still.

Of When I'm Hooked On

but I've no idea who did Mike marries - but I'm guessing its Susan. I'll be toooo dissapointed if its Katherine. Pls no....!

I wasn't that productive today.

Wanted to...but did not.
I'm still not anticipating the exams.

Of a Shopping Spree Day

I was a bit too exhausted last night to even go online.
Never in my life that I had gone to most of the K-Marts here in SA (except for the unreachable ones)

Well, we started early at about 8.30am. We were supposed to go and look for 'Corelles' ordered by a friend who is already back in KL. And so we went...
But by the look of it, there were other things on sale and we moved to another K-Mart after finishing up what is on the rack.
I had a class in the afternoon and so I though 'my' shopping will end just that time.

After class, called my other friends to ask where they were. And so it happened that they were at another K-Mart which is nearby to the campus on where I had my class. Ahh..without hesitation, I joined them later after that but to our dissapointment, the items that we wanted was already sold out.

So we went to another K-Mart outlet and again there was nothing much and repeatedly, went to another outlet. And there, there were some of them on the shelves. So we swiped clean all of it.

Only felt tired once everything was done. Hunger was put aside during shopping.
Had pizza for dinner (which was really really good).