In a lake in Palau 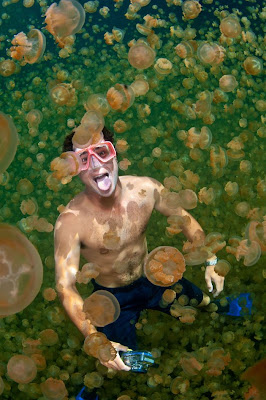 Amazing!
The safest place to swim among millions of jellyfish - in a lake in the Pacific Island of Palau.
These deadly creatures have lost their stings.
The island was once connected to the Pacific Ocean, but as sea level dropped, the jellyfish became isolated in the algae rich lake and eventually lost their sting.
Eccentric experience, hey?!
:)
Posted by I AM at 7:02 PM 1 comment:

(from my Instagram)
I'll always hold on to this..
Something to ponder upon.....
Do not loose faith as HE will always be with you. 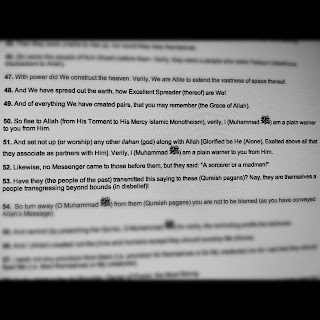 Yin and Yang of the World Hunger. 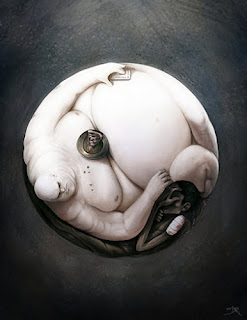 My most recent trip in 2012.
Vientiane, Laos.
Home of the Sea Games 2009.
Its amazing to see the development transition from a non-developed country and as you go down south, skyscrapers starts to rise through to Thailand, Malaysia and Singapore.
I'd love to stay and do some voluntary work here.
Love the activities, the people, the culture and the kids especially!! 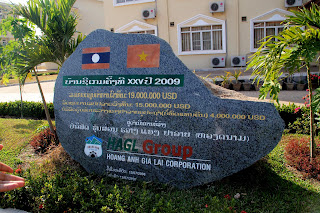 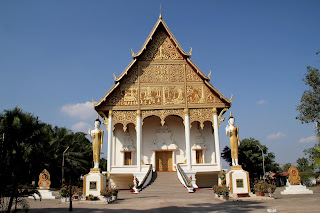 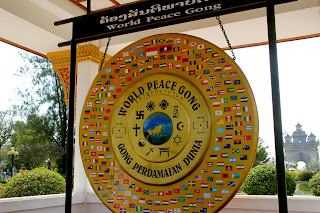 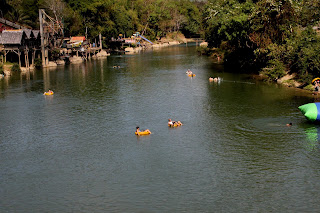 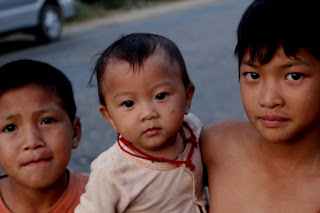 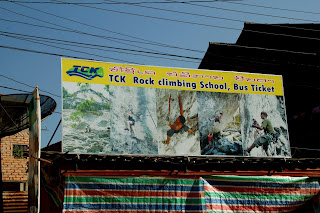 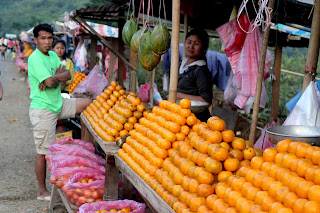 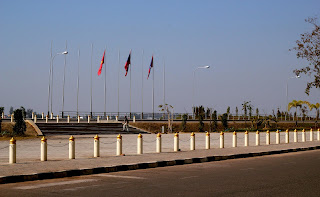 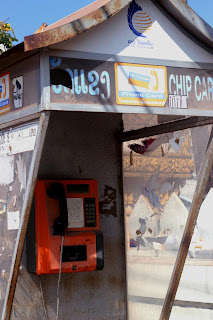 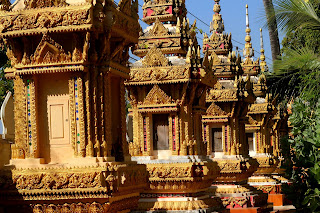 I miss this place.
Thanks to my friend, she gave me this link.
Sort of the life in Adelaide in the 60s. (eventhough I was there 3 years ago)
But I find it too cool!
Enjoy!
Posted by I AM at 7:10 PM No comments:

'Europe is poor so should live within its means'

A very good one!

For decades the West has lectured the East on how to manage its economies. Not any more.

Now the emerging economies of Asia look like models of steady, consistent policy and sustained growth while Europe, America and Japan are mired in debt and are growing achingly slowly, if at all.

So what can the West learn from the East?

According to former Malaysian Prime Minister Mahathir Mohamad, the message is simple but devastating: Europe must face up to the new economic reality.

"Europe... has lost a lot of money and therefore you must be poor now relative to the past," he reasons in an interview with BBC World Service's Business Daily.

"And in Asia we live within our means. So when we are poor, we live as poor people. I think that is a lesson that Europe can learn from Asia."

If any Asian leader can make claim to having laid the groundwork for his country's economic expansion, it is he.

During his two decades in power, Dr Mahathir helped transform Malaysia from a sleepy former colony into an economic tiger.

But his advice will not make happy reading in the capitals of Europe.

Dr Mahathir believes European leaders are in a state of denial.

"You refuse to acknowledge you have lost money and therefore you are poor," he says.

"And you can't remedy that by printing money. Money is not something you just print. It must be backed by something, either good economy or gold."

Dr Mahathir may be 86 years old, but he still holds very strong views.

In particular, he believes Europe and the West must begin the long slow process of restructuring their economies to reduce their dependence on the financial sector.

"I think you should go back to doing what I call real business - producing goods, providing services, trading - not just moving figures in bank books, which is what you are doing."

His big bugbear is still currency trading, which he believes did huge damage to the Malaysian economy during the financial crisis that hit Asia in the late 1990s.

"Currency is not a commodity", he says.

"You sell coffee. Coffee… can be ground and made into a cup of coffee.

"There must be something solid to trade, then you can legitimately make money."

But even if Europe takes his advice, Dr Mahathir believes there will be no quick return to economic health.

"To recover your wealth you have to work over many years to rebuild your capacities, to produce goods and services to sell to the world, to compete with the eastern countries," he says.

"I think you have paid your workers far too much money for much less work," he says.

"So you cannot expect to live at this level of wealth when you are not producing anything that is marketable."

His message is tough, he acknowledges, before adding with a laugh: "We used to get tough messages from you before, remember?"

"And now, what is the result? Sometimes you undermined our currency and we became very poor. Well, we learn from each other. We were Euro-centric before. I think it should be a little bit Asia-centric now."