If the Earth was a single state, Istanbul would be its capital - Napolean Bonaparte

This place, by far has been one of the most-gained-knowledge trip I've been to.
I find it strange as from all the people I've asked around who has been here has no idea how significant its history has changed the Muslim world.

How significant that the hadith of the Prophet (saw) was actually proven by the opening of this city. 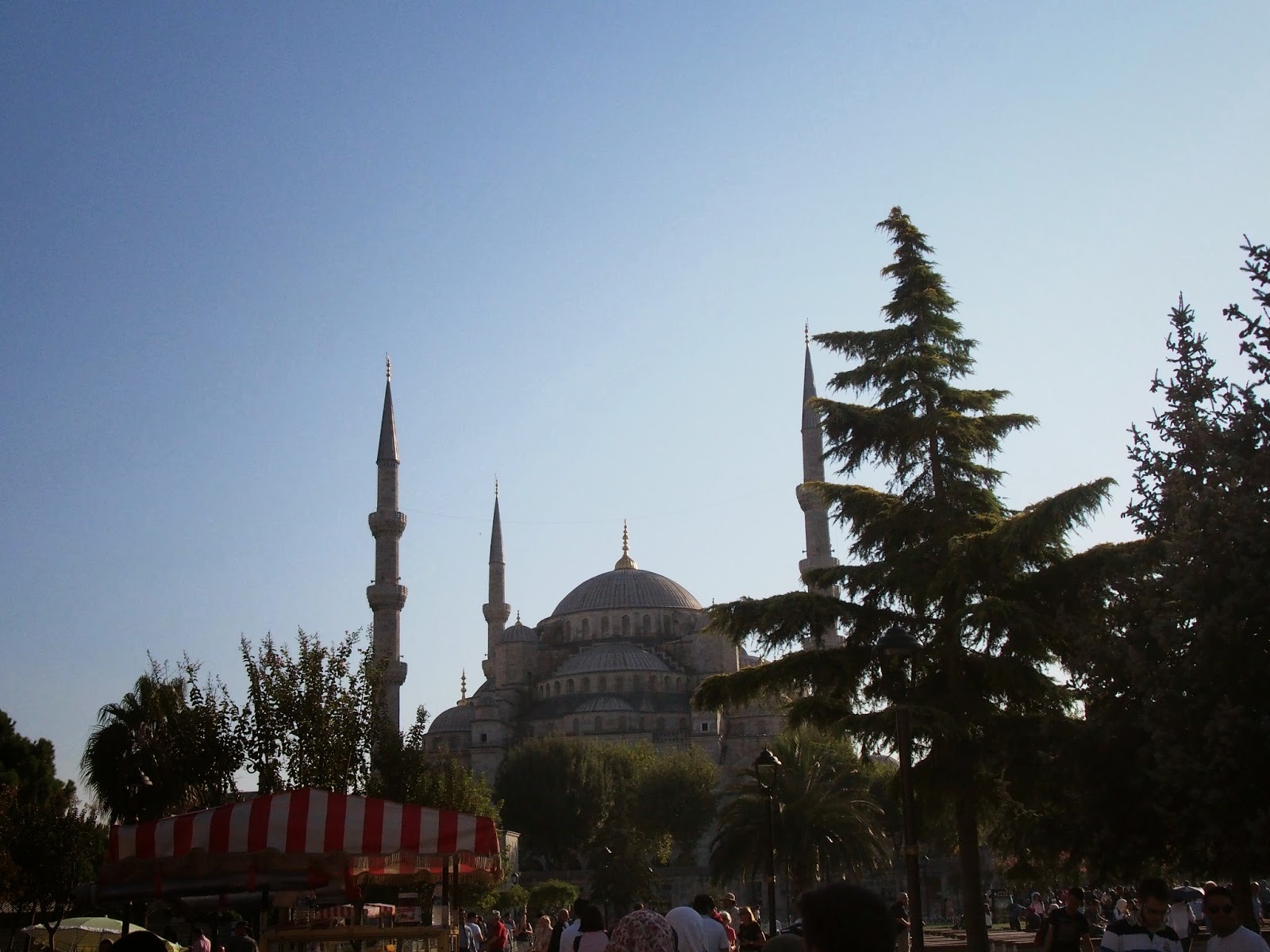 
A very interesting article I can relate to. This is dedicated to all my girl friends and to all of those ladies out there.

1. Expect her to do her own thing often and without letting you know, at least at first. It’s not that you don’t matter; it’s just that she’s learned to love doing what she wants, when she wants, and without asking permission or informing anyone.


2. She’ll probably want to take things slowly because she’ll not be used to all the attention. Don’t think she doesn’t like you enough, she probably likes you a lot; it’s just all new to her.
3. Expect her friends to be overprotective of her and to be suspicious of you at first. They’re not used to her being with someone and they’ll want to make sure you’re the kind of guy who will treat her well.
4. She’ll have a hard time letting you do things for her. Try not to take this personally. She’s just used to taking care of herself and it’ll be hard for her to live in a world where she’s got someone else looking out for her in that way.
5. Expect her to be stubborn, to always want things her way, and to fight you when she doesn’t get it. Don’t always give in to her, but do let her win sometimes.

6. She needs to be left alone often especially when you first start seeing each other and it should feel like she’s head over heels. Believe that she has more butterflies in her stomach than she knows what to do with, which is why she’ll need to compose herself.

7. Expect her to pull away from you, especially when she realizes how much she likes you. She’ll come back to you but she’ll need time to think her feelings through.

8. She’ll question you, sometimes directly, sometimes implicitly, about your feelings for her. She’ll always want to know if they are real or if she’s making things up in her head.


9. Expect her to be headstrong. She’ll tell you, “I’ve got this,” more than you’ll want to hear. But she’ll get used to your offers to help. And in time she’ll know how to let go of the tight grip she seems to have on everything.
10. She’ll be guarded, and she won’t be keen on letting you in. She’s waiting to see if you’re patient, she’s waiting to see if you’re worth it. She’s hoping that you’re worth it.

11. Expect her to be stingy with trust, to only give a little bit at a time. But every time she gives you a little, it’ll feel like a big step for her. Cherish these big steps.

12. She’ll come across as strong, maybe too strong for you at first. But don’t be intimidated, this is her outer shell. And when you get to know her, you’ll know she’s strong but soft; tough but kind.

13. Expect her to be reserved, at least about the things that matter. Until you really get to know her. And then you’ll see the untamed, raw, and always beautiful open version of her that she’ll let you fully discover.

14. She’ll be slow with her vulnerabilities, and hide many of her weaknesses. And when she shows you them, she’ll feel naked. Clothe her with your words.

15. Expect her not to need you, and not to believe in needing much of anything at all. But she’ll want you. And when she does, it’ll be the most exhilarating feeling you’ve ever experienced.

16. She’ll be scared – scared to be hurt, scared to love, and be loved. Scared that you’ll eventually hurt her or leave her and if and when that happens, she won’t know who she was before.

17. Being alone is her default, it’s her comfort zone. But expect her to fall in love with you faster than she’ll admit and in a way that isn’t loud but still powerful; it’ll be like a little bit of heaven. And it won’t matter if you love her for a while or for a lifetime; her love will change both you and her forever.


Thanks Kovie!
This was indeed a good read :)

Something just triggered me. I've missed this blog already :)