The moon has been sighted! Fireworks of all sorts of sound-like machine guns, bombs and missiles fills the entire neighborhood adds more to the celebration spirit. Families and friends gather and ultimately good food is served.
We celebrate our success after a whole month of fasting.

EID MUBARAK and SELAMAT HARI RAYA Maaf Zahir & Batin. May we all experience a blessed and joyous Eid then, now and for the years to come.

How was yours so far?

Mine was great. Great time spent with the family.
Great food.
Great company.

The closing ceremony tonight marks that the London 2012 Olympic Games is officially over.
I was browsing tru the many many best shots of the 2012 Olympics and some caught my eye.

We have been giving praises and credit remarks to the achievement of the athletes during the recent games. However, the task and role of the most challenging and important job one could ever take is being the photographers! It is their piece of work that we would appreciate after.

I must say, what a great job the photographers have done. Without them, these still photos of the best moments ever will never ever be caught.

The photos are just so perfect!! 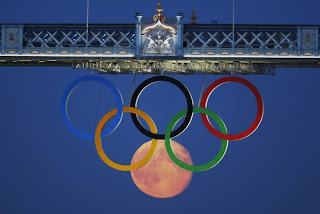 The full moon rises through the Olympic Rings hanging beneath Tower Bridge during the London 2012 Olympic Games August 3, 2012. (REUTERS/Luke MacGregor)
This one is my fav! 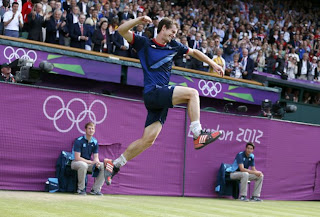 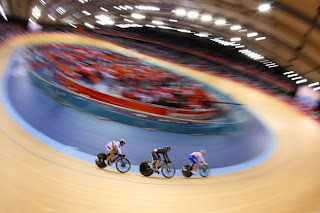 Fireworks explode over the stadium during the Closing Ceremony on Day 16 of the London 2012 Olympic Games at Olympic Stadium on August 12, 2012 in London, England. (Photo by Mike Hewitt/Getty Images) 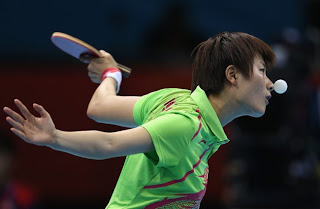 Ning Ding of China competes during her Women's Singles Table Tennis Gold Medal match against Xiaoxia Li of China on Day 5 of the London 2012 Olympic Games at ExCeL on August 1, 2012 in London, England. (Photo by Feng Li/Getty Images) 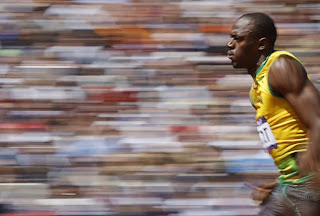 Usain Bolt of Jamaica runs on his way to winning his 100m heat round 1 during the London 2012 Olympic Games at the Olympic Stadium August 4, 2012. (REUTERS/Phil Noble)

I just love this photo. 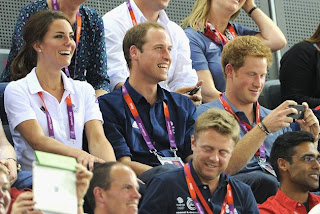 Another conclusion to be made: Harry uses an iPhone! :)

Photo taken during the London Olympics 2012 cycling tournament when Team GB bagged the gold medal and they cheered!
Posted by I AM at 4:22 PM No comments: